BHP -0.3%: the Big Australian was out with their December Quarter update today highlighting operations for the first half which were largely as expected. Where it mattered in iron ore BHP hit the numbers, up 1% QoQ and maintaining guidance. A ramp up in production out of the South Flank operations were slightly offset by a lack of train operators to see delivery to ports. Copper was weak with maintenance activities overrun and a lack of water leading to a small downgrade of 4% to full year guidance. Too much water was the issue for coal, La Nina caused higher than average rainfall across local operations meaning BHP failed to take advantage of the recent rally in prices, though such a small portion of the group’s earnings it should only be a marginal impact overall. Finally Petroleum was strong, though a strong skew to the 1H was well flagged so there was no change to guidance. Plenty in the works for BHP with the unification vote being finalised this week before being completed at the end of the month, while the Petroleum spin out to Woodside (WPL) is just around the corner. 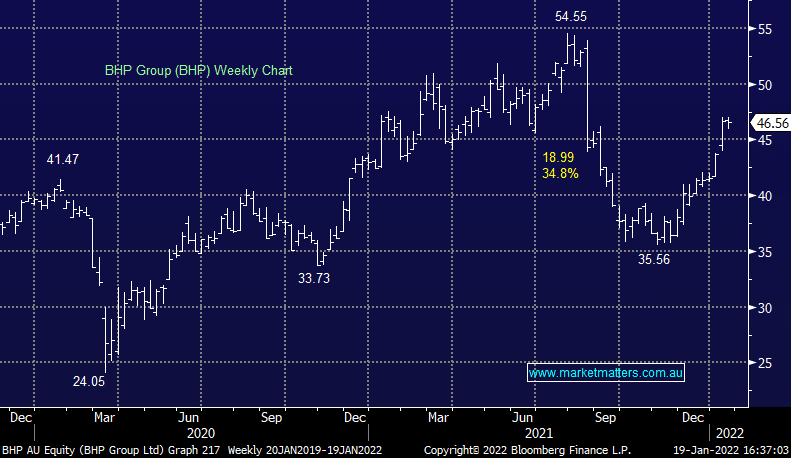 What impact will the BHP / WPL Divestment Impact have on WPL’s share price?

Should we chase BHP now?

How many WPL shares will BHP shareholders get?

How much will BHP drop by when they spin out Petroleum?

Outlook for base metals 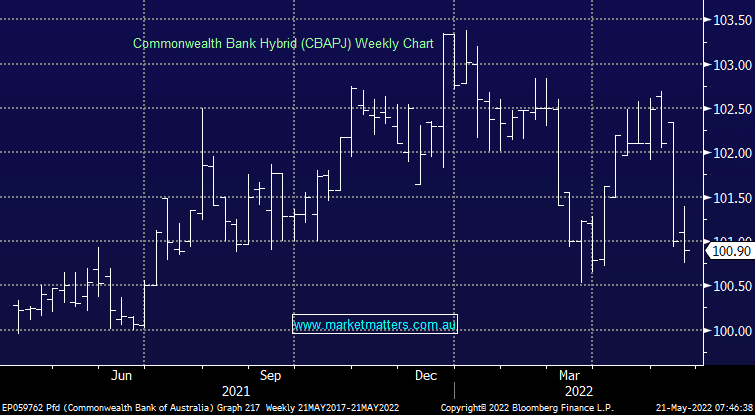 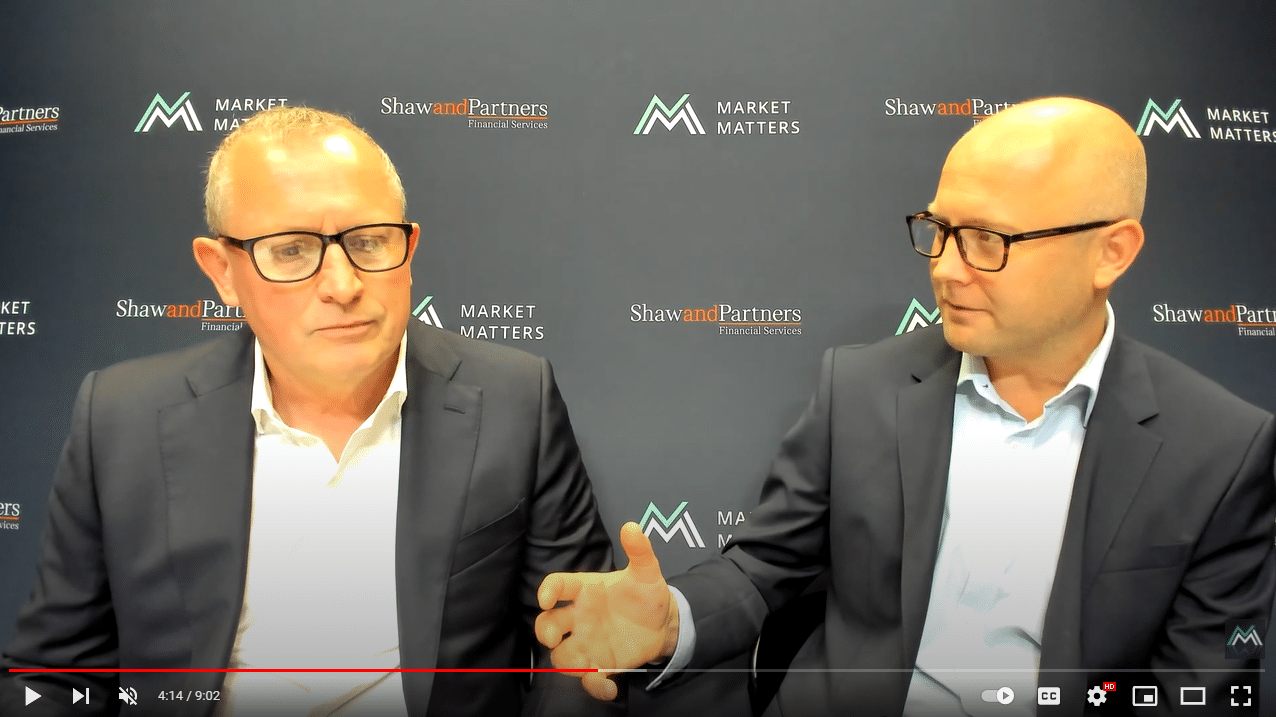 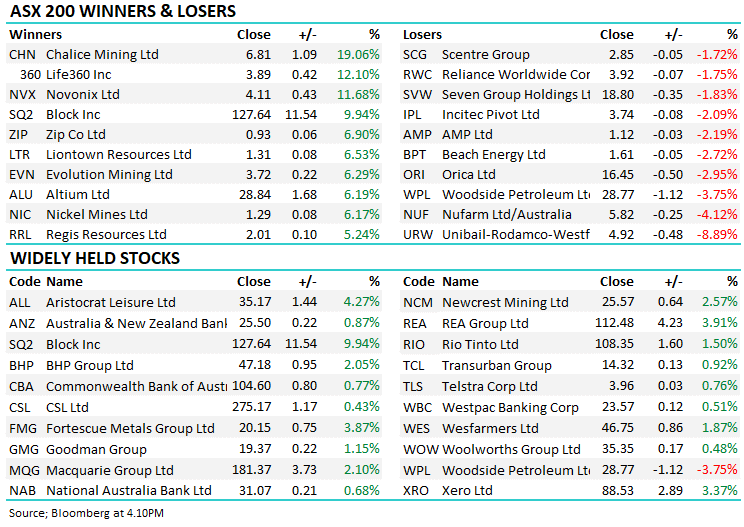 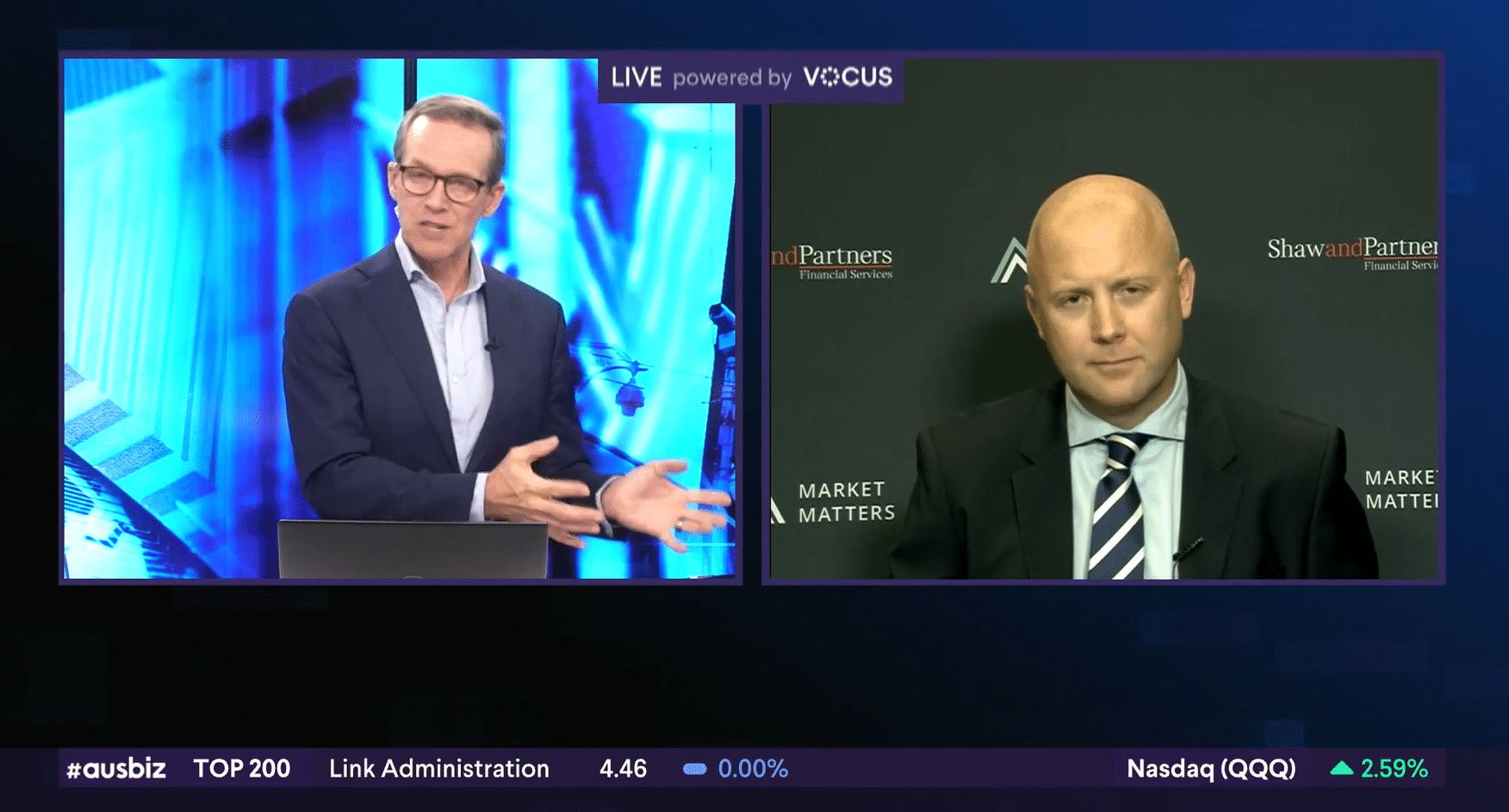